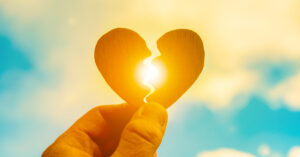 John Marsh: Within just a year or two after having our son Nelson Ash and our three days from divorce. Going through fighting for custody of our son. I was a drug addict and our lives were upside down where a million and a half dollars in debt, $99,000 overdrawn, and our whole life was falling apart. So the pressure of that was just building and building. And I kept hearing in the back of my mind, this life you have is not worth living. You ought to you ought to kill yourself. We had this old historic house, and I went up in the attic of it. It was a junky old house. It kind of represented our junky old life, just broken and needing of everything, and went in the attic of that house and moved the attic fan out of the way, had set up a rope and I decided I was just going to hang myself that that if I would take my own life, it would be the very best thing that could happen. And during that time, something just. Just moved me to cry out to a god I never knew. And I thought, Oh, my gosh. He was there all along and I kept hearing kill myself and he was going dotty yourself. And it sounded so similar. When I went down those stairs, I met Ash just right after that. And we have been, of course. Fighting through this divorce. I said I got saved. And she said, You’re a liar.

Ashley Marsh: I didn’t believe him when he came downstairs and tried to tell me that he was different. I just thought it was one more thing that he was trying to do to manipulate me, to stay or to do something that would cause me to lose Nelson. But by October or early November of that same year, I found out I was pregnant, but I was still having this affair with this other gentleman. Mainly because I was scared to be left alone. I had someone on the side that would accept me and laugh with me and who I thought loved me. And I didn’t want to let go of that just in case John was playing me. And so anyhow, yeah, I sat there pregnant not knowing whose child I had, and it was just… it was terrifying. That’s when those little seeds of “Maybe. But what if this is real? What if he really is that person that has changed? What if that means you can change what that means? There’s something greater in you.” I was about right at eight weeks pregnant and knew something was just wrong. You know.

So I went to the doctor and he confirmed that I had lost the child. And so I just… I just literally cuddled on the floor. In a heap and just cried the hardest I think I’ve ever cried. And I just sat there. It was like, “Oh, dear God, you’ve got to help me get me away from me, you know?” And I had the most wonderful experience from there. I stood up and I was so different and I had not done anything. I had not done anything at all besides surrender.

John Marsh: Three years of counseling and lots of slowly by slowly decisions. We found one another. And began to build a life that was amazing.

Ashley Marsh: So for seven years, literally seven years, every week we went to counseling. We ended up being like the poster child for failed marriages. But for people that just wanted a glimpse of hope.

John Marsh: We just attracted  broken people. Because they were attracted to our story and that there’s hope for people who are broken… and that there’s beauty in broken things. That was not just what happened to us, but that’s what God wanted to do through us.

So we started our construction company with $1,000. Ash would teach our son during the day and I’d go out and do riot repair on houses, working for just a little bit of money and one paycheck at a time. God was working on our skill set. You know, God doesn’t waste time. He’s always taking what you’re doing and weaving it into where you’re going. We began to put our heart and all of our resources, our time, energy and our dreams into this little small town, Opelika–it’s kind of like “hope-you-like-a”.

Ashley Marsh: We decided that we wanted to be right where we had our first child. We believe that hyperfocus in any area can change it. And so we just decided to stay here. We have a real estate company that has over 100 pieces of property, primarily all located within ten blocks radius. From that developed our construction company because we actually couldn’t afford to hire other contractors.

Ashley Marsh: Out of that came our architectural salvage business.

John Marsh: We also have a restaurant group with multiple restaurants. We have a consulting company too. That is my primary focus… helping people restore cities. We call ourselves Marsh Collective now, because I’ve tried to find a way to bring together multiple companies, multiple entities, multiple ownerships into a singular way to communicate.

John Marsh: We’re going in and helping people in towns from 800 all the way to 80,000 people turn their towns around and make them amazing places.

What we realized is that when it comes to saving communities, the capital it takes to do that is  three fold. It’s patient capital. It’s properly aligned capital. And then it’s also productive capital. And so when we say patient capital, they have to understand it’s 3 to 5 years, 7 years sometimes, for it to really begin to be the kind of investment that investors are used to oftentimes.

As for properly aligned… People have to have vision and values. The vision means they want it to be saved. The values are that they want to make a generational difference. And then last the productive part. We think cities should have a return of your capital and then return on your capital. Because what happens is, we’ve seen cities where people try to build them only through benevolence, and what we found out is that’s not a sustainable model. But we knew if we could build things that were sustainable, profitable and thoughtful, that they could have a very long life. And so we dream 50, 75 and 100 years for our city and then we help others during that for theirs.

Ashley Marsh: The priority goal for us is to find out who this loving God is. Seems pretty cool that he would meet us in the place that he did because it it and where we were told we had to be to meet Him. It wasn’t in a church and it wasn’t in this special moment of a certain song being played or someone praying with us, you know? It was just us… Raw, dirty, jacked up us.

John Marsh: There is hope. You know, God loves idiots. God still takes broken things and does beautiful things. There is an amazing God that still does amazing things. And what we do is we try to translate hope into every environment. There is hope.